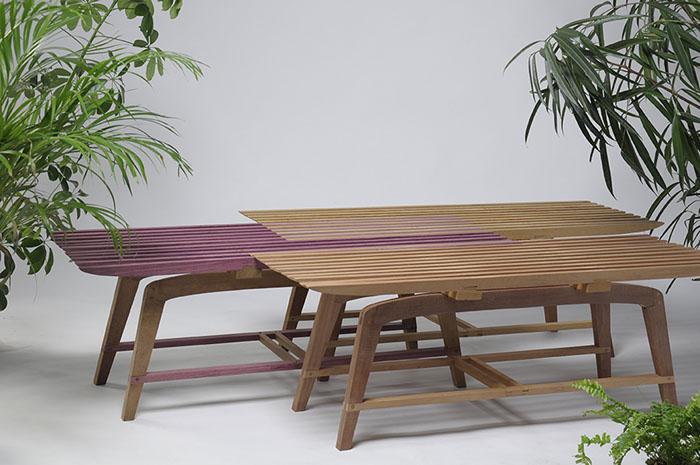 is a series of modular benches, each made out of 3 different woods, called "lesser known timber species".

Like a botanical garden, they guide you through the richness of the Amazonian Forest, to introduce new species and protect the biodiversity.

The heavy exploitation of a few timber species, due as a major part to the insatiable demand from consumer markets, has meant that many species are now threatened with extinction.

Only 20% of the species are ever harvested commercially. That makes the forest undervalued and prone to deforestation because of more profitable activities, like agriculture and mining.

Many of the other species, abundant and underutilized can act as substitute for more traditionnally used species in terms of performance and aesthetics. It would help to relieve pressure on the traditionnally harvested, and heavily exploited species, and increase the economic viability of responsible forest management.

The Tropical Garden aims to encourage the uses of lesser known timber species, to enlarge the market and thus protect the over-exploited species and the forest from the deforestation. 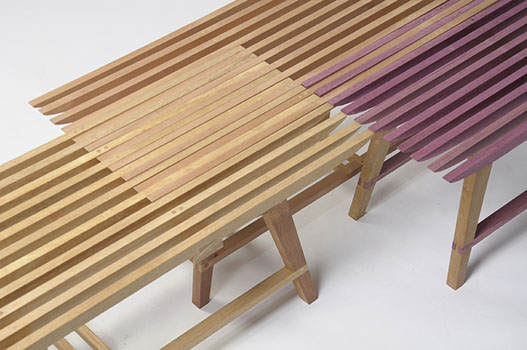